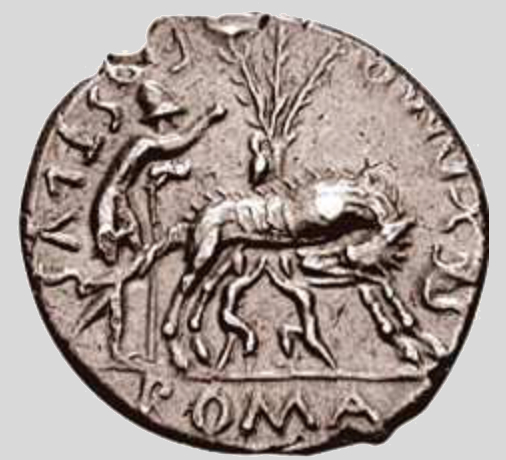 The Roman Trees Database (RTD) has been created as part of an AHRC M3C Consortium funded thesis, entitled Living Trophies: Trees, triumphs, and the subjugation of nature in early Imperial Rome (Andrew Fox, 2014-18). This database represents an evidence gathering exercise in the first year of the thesis, and is a freely available research tool.

The RTD, which is a work-in-progress database, identifies the usage of species names in Latin literature, with a primary focus on those up to 200 CE. These references come from a variety of sources and reveal intertextualities across genres and generations.

The species to be examined first were gathered from Russell Meiggs' index to Trees and Timber in the Ancient Mediterranean World (1982), itself a highly influential and thorough study of the usage of trees of the ancient world. Once the species listed in this thorough index had been catalogued, other prominent species of tree were identified from Jacques André's Les noms des plantes dans la Rome antique (1985), which defines the several thousand words used for plants and trees in Latin. These prominent species, which are only a fraction of those defined by André, were subsequently added to the database. It is from this reference work that future species additions to the database will be made.

In addition to a list of references, you will find a list of 66 topics, by which the database is searchable. Often, a reference will address multiple topics, and this will be apparent from the entry. There is also a selection of notes appended to each entry, to synopsise the content of the reference.

To search the database, click on the Search tab. You can search for entries using a variety of criteria. Before you begin, we suggest you read the Guide on how to use this page accessed through the Help tab.

Image: Reverse of a denarius, depicting Romulus and Remus being suckled by the she-wolf, in front of the Ruminal fig tree, with Faustulus discovering them on the left. 137 BCE, minted by Sextus Pompeius Fostlus, RRC 235/1a.

Results of any search of the database will be shown here. Please click on the Search tab to select your search criteria and search the database.

Guide on how to use this page

This web page is an application providing access to the Roman Trees Database, compiled by Andrew Fox. This database was created for the thesis Living Trophies: Trees, triumphs, and the subjugation of nature in early Imperial Rome, and was undertaken with the funding of the AHRC and M3C Consortium.

General help and guidance is available through this tab. Click one or more of the subjects below for more details.